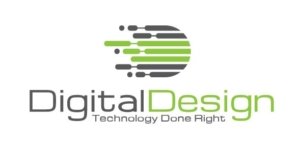 Universal Entertainment and AMC reach long-term deal that will allow movies to be in home theaters on-demand within 17 days of theatrical release.

Integrators can assuredly inform clients that their home theaters are the safest place to watch first-run movies with this new AMC/Universal deal.

If you aren’t ready for this, contact us to get your home theater and surround sound ready. If you’re like us, we are missing the movie theaters during this time where the movie theater just presents way too many unknowns and risks to you and your family.

CEPro says the market for integrators to installing more home theaters may have just gotten a big boost with the recent deal announced by Universal Filmed Entertainment Group (UFEG), a division of Comcast Corporation (NASDAQ: CMCSA), and AMC Entertainment Holdings, Inc. (NYSE: AMC). The multi-year agreement will allow for Universal films to be available for home premium video on demand (PVOD) within 17 days, as long as that timeframe includes three weekends.

AMC had previously announced it would no longer show Universal movies in its theaters after the studio announced it would be simultaneously releasing films for video on demand and theatrical release due to the coronavirus implications. Previously, films were not released for home viewing until after 90 days in theaters. Full terms of the deal between AMC and Universal were not released.

The news could further bolster the home theater business. Day and date services such as Red Carpet Cinema are already targeting the custom installation market. Integrators can now inform clients the importance of upgrading their display or projection technology to watch films at home.

Specifically, the agreement includes at least three weekends (17-days) of theatrical exclusivity for all Universal Pictures and Focus Features theatrical releases, at which time the studio will have the option to make its titles available across premium video on demand (PVOD) platforms, including through AMC Theatres On Demand.

In the coming weeks, the two companies will begin discussions surrounding international distribution agreements in the countries in Europe and the Middle East served by AMC.

In a jointly issued press release, Donna Langley, chairman of UFEG, says, “The theatrical experience continues to be the cornerstone of our business. The partnership we’ve forged with AMC is driven by our collective desire to ensure a thriving future for the film distribution ecosystem and to meet consumer demand with flexibility and optionality.”

BUILD YOUR DREAM SPACE WITH US.

Digital Design is here to help you navigate an increasingly digital world whether it be a smart home or smart business. We are digital integrators and enthusiasts who are passionate when it comes to all things digital.

Digital Design is made up of certified network engineers & digital integrators as well as sales and marketing specialists who provide unique solutions to our clients seeking the best in smart home or business technologies. Read More…

This site uses cookies. By continuing to browse the site, you are agreeing to our use of cookies.

We may request cookies to be set on your device. We use cookies to let us know when you visit our websites, how you interact with us, to enrich your user experience, and to customize your relationship with our website.

Click on the different category headings to find out more. You can also change some of your preferences. Note that blocking some types of cookies may impact your experience on our websites and the services we are able to offer.

These cookies are strictly necessary to provide you with services available through our website and to use some of its features.

Because these cookies are strictly necessary to deliver the website, you cannot refuse them without impacting how our site functions. You can block or delete them by changing your browser settings and force blocking all cookies on this website.

We also use different external services like Google Webfonts, Google Maps and external Video providers. Since these providers may collect personal data like your IP address we allow you to block them here. Please be aware that this might heavily reduce the functionality and appearance of our site. Changes will take effect once you reload the page.